Can A Whiplash Claim Be Refused?

By Daniel Archer. Last Updated 12th May 2022. If you’ve suffered whiplash symptoms from a car accident that wasn’t your fault, you may be entitled to claim for compensation. You might, however, have some questions about claiming, such as ‘can a whiplash claim be refused?’ and ‘what happens if a whiplash claim is denied?’ This guide aims to answer these questions and more. 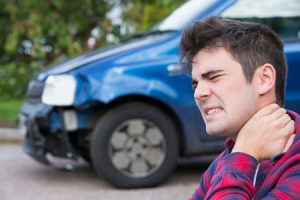 Can a whiplash claim be refused?

When you make a claim for compensation, you might worry about what happens if your claim is denied.

While some whiplash claims could be relatively straightforward, others may not be. For instance, the defendant may dispute their liability. Or they may dispute the existence or severity of your injury. This guide aims to explain what happens if a whiplash claim is rejected. We’ll also look at what steps you may be able to take in response. The potential reasons why a whiplash claim may be rejected is something else we’ll explore in this guide.

If you would like further advice and support with a whiplash claim that has been refused, you can call our team for free advice at any time on 0800 073 8804. If you would like more detailed answers to questions such as “can a whiplash claim be refused?”, you may prefer to contact us online or through our Live Chat window now on your screen. We’d be happy to help you.

A Guide On Whether A Whiplash Claim Can Be Refused

Have you sustained whiplash in an accident that was not your fault? If so, you may be considering making a claim for compensation. But can a whiplash claim be refused? And is there anything you can do if a liable party refuses your claim?

This guide is aimed at those who have questions about claiming for whiplash and are worried that a claim for whiplash could be refused. We discuss the grounds on which a whiplash claim could be rejected. We also discuss the Whiplash Reform Programme that were introduced in 2021. Another point we’ll discuss is how much compensation could be awarded in a whiplash claim, whether it is a simple, minor injury, or has led to further complications.

What Is Compensation Claim For Whiplash?

Whiplash is a neck injury which most commonly occurs following a road traffic accident or a slip and fall. In accidents such as these, the head may snap back and forwards or jerk to the side quickly. If they are fast enough, such motions can potentially damage muscles, bones, nerves and tendons in or near the neck. A whiplash injury may not present noticeable symptoms right away, but could come on over some hours after an accident has occurred.

The symptoms a whiplash injury may cause could include:

If pain is so severe that ibuprofen or paracetamol doesn’t alleviate it, or you experience pins and needles, limb weakness, issues with sitting or walking, or electric-shock style symptoms in the face, back or neck, this may mean your injury is serious and you should seek medical treatment urgently.

If you have sustained a whiplash injury in an accident that was not your fault, then you may be able to claim compensation from a liable party. Usually, the insurer of the driver at fault would pay you compensation if you could prove the accident was their policyholder’s fault.

For whiplash claims, as with any personal injury claim, you need to prove that your injury was caused by third-party negligence. This would involve proving that the third party who caused your injury had a duty of care that was breached when they injured you. However, they may reject your claim for a number of reasons that we cover in the section below.

Grounds On Which Whiplash Claims Could Be Refused

In certain circumstances, the time limit for starting a claim may be put on hold at least temporarily. This can happen when a victim of whiplash is either under the age of 18 or lacks the mental capacity to claim on their own. In either case, someone else may be able to claim on behalf of the victim as a litigation friend. If, however, the victim turns 18 or recovers sufficient mental capacity before a claim is started for them, then the time limit will begin from when this happens.

If you have had a claim for whiplash refused and believe that the refusal was unfair, you could contact our advisors here at Legal Expert. We can help to answer any queries you may have regarding whiplash claims and whether you meet requirements to make such a claim.

Can You Prove You Have Whiplash?

Proving that you’ve suffered a whiplash injury involves medical evidence. While you might have sought treatment or advice from the local hospital or your GP after an accident, this may not be enough to prove your claim.

You may have to see an independent medical professional who would review your medical notes, examine you, and write a report detailing your prognosis for recovery as well as verifying your injury.

The list below contains some useful information on evidence you could acquire that may help support your claim. However, this is not a complete list. Get in touch if you’d like to know about additional examples.

If you have any questions regarding compensation for whiplash or other car accident claims, please contact our advisors today. Once we know more about your circumstances, we will be able to offer you more specific advice.

Back in 2018, the Government passed the Civil Liability Act 2018. Part of this legislation is the Whiplash Reform Programme. This changed the way in which road traffic accident claims including whiplash claims are handled and increases the small claims track limit from £1,000 to £5,000. What this means for claimants is that many small claims, including many minor whiplash claims, can potentially be settled online without the need to hire legal representation or go to court.

Those looking to make lower value claims including whiplash claims which fit in this category should now do so through a government portal. Feel free to contact our advisors if you have questions about making a low-value whiplash claim.

Limits When Claiming For A Soft Tissue Injury

As we mentioned in the sections above, there are some limits when claiming for a soft tissue injury. If you suffer a soft tissue injury in a road traffic accident after the Ministry of Justice has implemented the new system, the small claims track limit would have raised from £1,000 to £5,000. You would have to make a claim through the government portal if your case is worth less than £5,000.

This would mean you would be limited as to how much compensation you would receive. The system would have a fixed tariff for whiplash injuries to compensate for the loss of amenity, suffering and pain caused by such injuries. It would also not include compensation for legal fees. In addition, it will ban the making and acceptance of pre-medical offers (those without a medical report).

If you’re in the process of making a whiplash claim, you might be wondering how much of a payout you could get. Below, you’ll see a table with compensation brackets for different injuries, some of which may be related to whiplash. While some whiplash injuries are only minor, there are cases where neck injuries lead to more severe conditions. The figures included below are based on the Judicial College Guidelines.

For a more precise valuation, why not get in touch with our expert team? Speak to our advisors about your case and they may be able to give a more precise estimate on your potential compensation payout based on the information provided. They can answer further questions such as “can a whiplash claim be refused?” and explain in more detail in what instances you would be able to make successful whiplash claims.

Compensation For Financial Losses And Expenses

As well as the payout you could receive for your whiplash injury, you could also receive compensation for financial expenses/losses that have arisen as a direct consequence. These could include:

You would need to provide evidence of any losses or expenses to claim for them. It’s important in whiplash claims to prove the value of the losses you’re wanting to claim by providing financial evidence. This could mean providing payslips, bank statements, receipts and bills to your lawyer so they could be included within your claim.

Now we’ve answered the question ‘can a whiplash claim be refused?’, you may be currently looking to move forward with a whiplash claim. If you choose to pursue a claim, then you may also choose to do so with the support of a solicitor. Legal Expert can advise on making a whiplash claim and we may be able to connect you with one of our No Win No Fee solicitors.

If you sign an agreement with a No Win No Fee solicitor, then you will not need to pay any fees upfront or while your claim is being processed. Only if your case succeeds will you be required to pay your solicitor’s legal fees. Your solicitor will take a legally capped percentage of your compensation payout to cover their payment.

For more information on No Win No Fee agreements, please get in touch.

Speak To A Legal Expert Today

Now you have an answer for your question of ‘Can a whiplash claim be refused?’, you may be looking to have your claim assessed to see if you could fight for whiplash injury compensation.

General Guidance On Whiplash Claims – Advice in this general guide includes what to say when claiming for whiplash, as well as what evidence may be needed for a successful claim.

Whiplash With A Pre-Existing Condition – This guide offers guidance on claiming for whiplash if you have a pre-existing condition.

Injured As A Passenger – Here, we include information relating to claims made by passengers who have been injured in road traffic accidents.

Detailed Whiplash Information – This publication explains what a whiplash injury is in more detail.

The Highway Code – Proving an accident was someone else’s fault sometimes involves the Highway Code. It can be found in full here.

This section will answer FAQs relating to whiplash claims.

What Evidence Do You Need For A Whiplash Claim?

For any personal injury claim, you would need evidence to prove that your injury was caused by third-party negligence. Evidence you may need includes witness statements, CCTV footage, photographic evidence of your injury and the scene as well as medical reports and scans.

Do You Need Medical Evidence For A Whiplash Claim?

You will need some form of medical evidence to prove the nature, extent and validity of your injury. Organising a medical assessment with a doctor or consultant is an important part of the claims process.

How Long Does The Average Whiplash Claim Take?

The standard timescale for whiplash claims can vary based on the case itself. If the third party in question denies liability for your injury, your claim may take longer to complete as you may need to go to court.

Thank you for reading our guide on the question: can a whiplash claim be refused? We hope you’ve found it useful.