Legal Expert is the UK’s best resource for finding information guides, cases studies, and information on personal injury compensation claims. We work with a panel of specialist no win no fee solicitors from across the country, helping people to secure the compensation that they deserve in cases such as cases involving Post-traumatic stress disorder (PTSD) sexual abuse. Our specialist personal injury compensation solicitors have years, or even decades, of experience in helping clients which have gone through traumatic cases such as that described in the case study below. 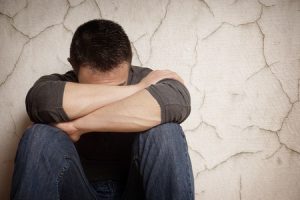 After the historic case was reported to the police and the defendant admitted their prior actions, a claims case was agreed upon in an out of court sexual abuse compensation settlement. You can learn more about the events surrounding this case, and how Legal Expert may be able to help you by reading our case study below.

Experiencing sexual abuse as a child can result in people having lasting sexual assault PTSD symptoms in later life which can negatively and seriously affect a person’s life. The impact and the overall effect of childhood sexual abuse (and PTSD in later life) can be varied. Some adult survivors of historic sexual abuse can have no mental health concerns, whilst other victims may experience a variety of different mental health conditions at different points in their life. Sexual abuse trauma symptoms can include a very complex combination of different factors.

Factors which affect the nature and variety of sexual abuse trauma symptoms that people will suffer can include any of the following;

Solicitors acting on behalf of the claimant secured a sexual abuse compensation award of over £350,000 for the claimant. At the time of the case, the claimant was 45 years old and was suffering from PTSD sexual abuse symptoms as well as psychosis. It was alleged that that was the result of a sexual abuse that the man experienced 30 years ago when a teenager.

The allegation went on to say that the claimant had suffered from sexual abuse as well as emotional and physical abuse over a period of four years by the defendant. The defendant was a leader at a local branch of the national organisation, the Scouts. Solicitors for the claimant alleged that he was given cigarettes and alcohol by the defendant and that they had been involved in sexual games, nudity and viewed pornographic magazines.

The claimant in this case study did not report the events to anyone from fifteen years after the events, due to their Post traumatic stress disorder (PTSD) and anxiety. After reporting the abuse to the police, the defendant was arrested and subsequently charged with sexual abuse. The defendant later admitted some of the alleged events had happened. However, he denied responsibility for causing the physical and psychiatric injuries caused.

Evidence Of The PTSD Sexual Abuse

Solicitors acting on behalf of the claimant were able to obtain evidence from both a plastic surgeon (supporting the physical injury allegations) and a psychiatrist (supporting the psychological injury allegations). The combined evidence helped to prove that the PTSD sexual assault symptoms, such as scarring and psychiatric issues were caused by the defendants’ actions.

The claimants’ psychiatric injuries suffered as a result of the abuse had caused a lifetime of mental health issues. The claimant had previously been sectioned several times and had also attempted self-harm and suicide. The psychiatrists report stated that the claimant was unstable emotionally, had a schizophrenic personality disorder and PTSD sexual assault symptoms. The claimant was also said to have an alcohol dependence which had developed as a result of the abuse. A course of treatment was recommended, though it was noted that the claimant would likely be left with lifelong psychological problems. The physical PTSD sexual abuse symptoms had left scars which would be permanent, according to the consultant surgeon and would always be visible.

Solicitors for the defendant countered that other factors in the claimants childhood could have caused the psychological injuries and that the compensation award should be lower as those factors should be taken into account.

The Conclusion And Settlement

In this case, the PTSD sexual assault case was settled out of court. In this case, the compensation for sexual abuse was set at £352,000. The childhood sexual abuse and PTSD compensation amount included damages for the physical and emotional injuries as well the cost of the claimants medical care and their loss of earnings. The award took into account both the expenses and loss of earnings that the claimant had already suffered, as well as being designed to help them in the future.

A no win no fee contract may also commonly be known as a Conditional Fee Agreement or simply ‘CFA’. A CFA is an agreement or contract between the claimant and their solicitors firm. Taking any kind of legal action, even when you are in the right, can be expensive. No win no fee agreements were designed to ensure that a claimant does not have to worry about making upfront payments towards their legal fees or other such costs, when they may not have the funds to do so. They were designed to ensure that access to legal recourse is not restricted to those who can afford to hire a legal team and pay upfront costs.

Contact the professional team at Legal Expert today and find out how we can help you claim the compensation that you are entitled to after an accident or injury which was not your fault. The caring professionals who are part of our team are experienced in handling the most delicate personal injury compensation claim cases. Our experts will be able to help you start making your compensation claim after suffering either physical or psychological injuries. To contact Legal Expert today speak to us directly by calling 0800 073 8804. You can also email us at info@legalexpert.co.uk. Alternatively, you can also use our online chat feature to reach our team.

Post Traumatic Stress Disorder Compensation Claims
Learn more about what post traumatic stress disorder is, the symptoms you need to spot in in yourself or others and how much compensation you could be entitled to in this handy guide.

Sexual Abuse Compensation Calculator
Sexual abuse is one of the most serious and complicated types of cases we handle. Our experts are discreet and are able to offer clients the help they need. Find out about making a sexual abuse compensation claim in this guide.