£5,000 Compensation For A Whiplash Back Injury

A Guide To Whiplash Back Injury Compensation Claims 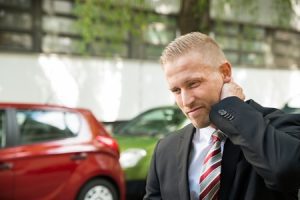 At Legal Expert, we have helped to connect claimants across the country with specialist solicitors who can help with their whiplash back injury compensation claims. In this whiplash case study, we are looking at a case where the claimant was travelling as a passenger in a vehicle. The claimant was a teenager at the time of the accident. The car was involved in a collision, being hit from the rear by another vehicle. The claimant suffered whiplash injuries to the back, specifically to the lumbar spine. Following a court case to establish both the liability of the defendant and the claim award, the teenager was awarded a total of £5,000 in damages. Back injury compensation claim amounts will vary depending on the individual circumstances.

How Common Are Whiplash Back Injury Claims?

In 2016 the UK had the second safest road network in Europe, according to a report by the European Transport Safety Council. This can be seen in the graph they produced here; 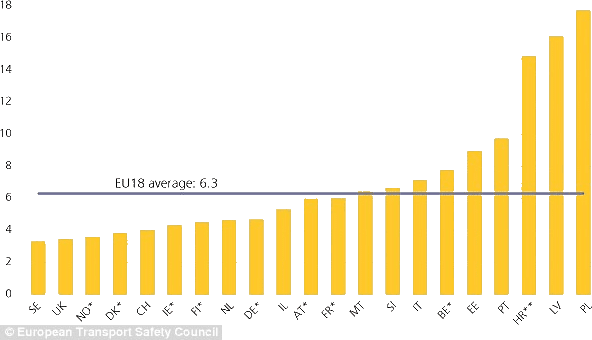 Despite this, in the UK there are around 1,500 whiplash claims per day through 2016. This is according to figures from the Association of British Insurers. Whiplash back injury claims are quite common, though finding statistics for the exact causes of these is difficult. This is due to whiplash being able to be caused by any accident which applies a violent force to the back and neck of the claimant, throwing them forward and back. The average compensation for whiplash back injury which is awarded will depend on the nature and severity of the accident and injury.

In order to properly establish liability in any compensation case, we need to demonstrate that the other party is at fault, through negligence or deliberate fault. In this case, though liability was admitted, the two parties were unable to agree on a settlement for damages to be awarded to the claimant. This is because all cases involving a child, a settlement cannot be accepted or awarded without the approval of the court. In order for a settlement offer to be accepted on behalf of a child, a hearing for approval of the damages needs to be heard. As the victim was legally a child at the time, the claim was heard in a Child Settlement Approval Hearing. This is a special hearing which deals with claims which are being made on behalf of anyone under the age of 18. The claimant was awarded a total of £5,000 in whiplash back injury damages.

A Guide To Whiplash Back Injuries

At the time of the accident, the claimant was a child. They were a passenger in a car which has involved in a rear-end collision with another vehicle (with the claimants’ car being hit from behind). The main injuries sustained were to the lumbar spine area. Soon after the accident, the claimant began to develop pain in their lower back or lumbar spine. At first, they visited their GP, roughly two days after the accident. The family GP advised them that they were suffering from a whiplash back injury in their lumbar spine and prescribed paracetamol for the pain. At the point the claimant had not visited the hospital and took the prescribed medication. After several days of taking the paracetamol, they were still in pain and unable to participate in sporting activities.

As well as the physical symptoms, the claimant also experienced some psychological symptoms, including travel anxiety. This anxiety became heightened when they were in circumstances similar to the accident they were injured in. The became anxious when other vehicles were approaching from behind in a similar way to the accident. In general, this had made the claimant much wary and cautious as a passenger when travelling.

The prognosis for the claimant in this whiplash back injury case was that the physical and psychological symptoms should be abated within a six-month time frame following the accident. Whilst they were still suffering some localised pain and anxiety after three months, by the six month period they were back to normal and had made a full recovery. The claimant did not have to take any time off from studies during their convalescence.

How Much Compensation For Whiplash And Back Injury Claims?

Back injury compensation examples vary due to the nature and severity of the injury. The more serious the whiplash back injury suffered by a person, the more they could be entitled to claim. In this case, the court found the claimant should be awarded a total of £5,000 for their claim. The Judicial College produces guidelines which detail how much compensation for whiplash and back injury payments should be awarded. How much compensation for whiplash with physiotherapy you could be entitled to will depend on how bad your whiplash injury is and what the long-term prognosis is.

Commonly, whiplash injuries, whether to the neck, shoulders or the entire back are caused by a violent force throwing the person forwards and backwards in a very rapid motion. This causes strains and tears in soft tissues and muscles. The most common injuries which are sustained include; stiffness and neck pain, headaches, pain in the shoulders and shoulder blades, pain in the lower back, numbness and pain in the arm(s), and dizziness.

No Win No Fee Whiplash Back Injury Claims

If you have had a whiplash back injury as a passenger in an accident which was not your fault, you may be entitled to make a personal injury claim for compensation. No win no fee compensation claims have helped millions of people across the country to get the damages they deserve, without any financial risk to themselves. No win no fee means that you don’t make any payments if your case is not successful. If it is successful, your claim will be paid for by the insurance provider of the other party involved.

For more information and to find out how to make a whiplash back injury claim, talk to the specialists at Legal Expert today. We can connect you with expert solicitors across the UK who will work tirelessly to get you the compensation you deserve after suffering an accident which was not your fault. Call our experts on 0800 073 8804. Alternatively, detail your case in an email or use our online chat.