Making A Compensation Claim For A Pavement

The claimant, an 88-year-old woman, was seriously injured whilst tripping over on an uneven road and pavement surface. The woman lost her footing on some uneven cobblestones at a road crossing. As a result, she suffered a variety of injuries, including torn tendons and muscles. These injuries prevented the claimant from carrying out her her normal day-to-day activities and restricted what she could do.

Suing Council For Uneven Pavement – How Common Is This? 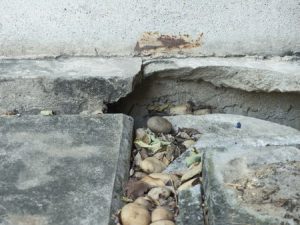 Pavement accidents are relatively common and suing the council for uneven pavements or defective streets has become much more common in the UK as more people have had access to personal injury claims through no win no fee services. Older people, such as the claimant, in this case, are much more likely to suffer from a fall due to uneven pavement repairs or defective curbs and potholes. In fact, around half of the people aged 80 or above will have at least one fall per year. For the elderly, a fall is the most common type of injury and they are the leading cause of emergency hospital treatment.

Falls are by far the most common cause of unintentional injuries that elderly people (aged 65 years) experience and are the leading cause of emergency admission loss of functional ability, independence, quality of life and injury-related death.

When making claims against the council for personal injury compensation after a fall in the street, claimants need to demonstrate that the council is liable for the accident and resulting injuries. In this case, the claimant reported the accident to her local authority. At the time of the pavement accident being reported, the council denied that there was anything wrong with the section of road and pavement where the alleged trip or fall compensation accident occurred. .They also denied any liability for the accident and subsequent injuries. This is despite the uneven pavement repair having been the subject of a high-profile campaign by local media and local councillors, highlighting its dangerous state.

Following the claimant initially raising the claim, the council claimed that it had carried out an inspection of the highlighted section of high street just eleven days before the accident and cited the defective section in good condition. The claimant argued that the inspection which was carried out was itself defective as the inspectors had not noted defects which were clearly dangerous. Solicitors making the claims against the council for personal injury caused by the defective pavement noted in their investigation the council had received 15 letters of complaint and 27 calls all about the condition of this stretch of road. These were sent in the 12 month period prior to the accident happening. They also noted there had been 14 different inspections three previous trip or fall claims against the council for personal injury caused by this stretch. It was argued that the council had knowingly left the road in what was a dangerous state of repair.

The claimant suffered a series of injuries, including two black eyes as well as torn muscles and tendons in the woman’s shoulders. These injuries prevented her from being able to carry out tasks around her home which she had previously been able to do easily. Prior to the accident, the pensioner had been able to walk to the shops by herself and tend her garden. Nineteen months later the woman had still not recovered fully to her prior state. The victim was quoted as saying, that the injury had robbed her of her prior independence and had prevented her from doing all the little things which she used to do, such as cleaning her home and tending her garden. This had resulted in the woman having to hire both a gardener and a cleaner to take over these activities for her. She was left struggling to lift things into her cupboard and even doing more basic things, such as putting on a jacket. The woman had also been left in pain.

Suing the Council After A Fall

When suing the council after a fall, how much compensation for tripping on pavement you may be entitled to depends on the severity and nature of your injuries. As well as directly claiming compensation for the injuries sustained, you may also be entitled to special damages. These can cover things such as loss of earnings if you have had to take time off work, and travel expenses to medical appointments. In this case, the council did admit liability for the accident and the resulting injuries. The council officially issue an apology for the accident and injuries. It is also appropriate to note that the case took over nineteen months to come to a settlement and that this is not uncommon with pavement accident claims. In the end, the claimant was awarded £14,000 in compensation. How much compensation for a fall you are entitled to will vary, so talk to a personal injury claim specialist at Legal Expert for more information.

No Win No Fee Pavement Accident Claims Against The Council

How much compensation for tripping on pavement you will be awarded depends on your type of injury. At Legal Expert, we can work with you to get you the compensation you are entitled to without charging you a penny up front. Our no win no fee services mean you only pay if and when you win your claim. If you do win, our fee is claimed through the other party

Find out how much compensation for tripping on pavement you could be entitled to by contacting Legal Expert today. You can call us on 0800 073 8804 to discuss your case. You can also detail your case via email, or through our online chat feature.

Slip, Trip And Fall Solicitors
Find out more about a compensation claim for a pavement accident today with our claim guide.

How Much Compensation For slip Trip Claim
Find out how much compensation you can you get for a slip, trip or fall claim with the specialists at Legal Expert.

How To Make A Claim Against The Council
How much compensation can you claim when making a claim against your local council.