£250,000 Compensation for a Psychiatric Injury

By Daniel Archer. Last Updated 21st April 2022. In this case study, the claimant was a male, who experience a fall of some 30 feet whilst at work. As well as the physical trauma, they were left with a psychiatric injury in the form of Post-Traumatic Stress Disorder (PTSD).

The 54-year-old male encountered some faulty scaffolding, which caused him to fall whilst performing a routine inspection which was part of his job. Physically, the victim suffered fractures to some of the vertebrae of his spine, a head injury and several fractures to other bones in his body. However, the PTSD psychiatric injury at work he suffered as a direct result of this fall was a long-lasting effect which seriously affected his life. He also suffers from ongoing chronic pain disorder. The combination of the pain and the psychiatric injury symptoms have meant the victim is now unable to work.

It is possible to pursue psychiatric injury claims against an employer in such cases, something that Legal Expert can assist with. In this case, the sufferer was awarded £250,000 in compensation.

Get in touch if you have any questions.

How Common are Psychiatric Injury Claims for Stress and Depression? 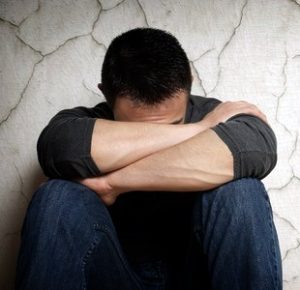 Stress is evident in 4.4 out of every 100 people in the UK, many of these people will have a valid reason to claim post traumatic stress disorder compensation.

Depression is evident in 3.3 out of every 100 people in the UK, and many of these people will have some type of cause to claim depression compensation.

Details of the Claimants Injuries

In this specific case, the psychiatric injury damages were calculated as only part of the claim, the physical injuries the victim suffered were also folded into the compensation amount. Specifically:

Furthermore, when it came to calculating the psychiatric injury compensation paid in this case, the long-term effects on his life of the ongoing chronic pain had to be included. Here we can see that in many cases, PTSD compensation payouts will only make up part of the full claim.

Establishing Liability for a Psychiatric Injury at Work

As with most PTSD compensation examples, before the post traumatic stress disorder compensation to the value of £250,000 was paid, there was a need to prove that the employer was liable.

Compensation for a psychiatric injury is calculated using the same resources as for a physical injury. First, there will be a medical assessment. For mental injuries, this will include an independent psychological evaluation to assist the legal professionals in arriving at a suitable figure.

Additionally, those legal professionals will also use the Judicial College Guidelines (JCG) during this process. The JCG is a publication that contains bracket awards based on past cases. The amount awarded for psychological injuries, as with physical injuries, is known as general damages.

The table below contains some figures from the JCG. Additionally, you can also make use of our compensation calculator.

In addition to the figures above, it’s also possible you could be reimbursed for costs and losses you experience due to your psychiatric injury. For example, the impact on your mental health may affect your ability to work. If so, then any loss of earnings you experience could be awarded to you.

Additionally, you may have prescription costs to cover for things like anti-depressants and other medical bills. These amounts combine to make up a sum known as special damages. If you have any questions about what may be considered under special damages, then reach out to us today.

If you believe you have suffered some form of psychiatric injury, and the fault is not yours, then you might be able to claim some compensation. If you lack the resources to pay the ongoing legal costs our of your own pocket, then using a no win no fee solicitors is a logical choice.

When a legal firm takes on your claim under a no win no fee agreement, then you really have nothing to pay until the end of the case. And then you only pay if you were actually awarded a compensation pay-out. If you don’t win, you don’t pay.

Have you recently been the victim of a psychiatric injury that was not your fault? Would you like to find out if you have a chance of being awarded compensation for your injury? If you answered yes to both of these questions, then give Legal Expert a call on 0800 073 8804.

Once we know a little more about the specific circumstances of your case, we will tell you immediately if we can offer you a Conditional Fee Agreement (CFA), meaning you don’t pay us anything until we win your compensation for you.

Also, why not head to our reviews page and see what past claimants thought?

Can you claim for a psychiatric injury?

However, you must be able to provide evidence that the damage to your mental health was caused by negligence. The negligence must have been carried out by a person or organisation who owed you a duty of care but did not uphold it.

What are some psychiatric injury examples?

The impact that a mental injury could have on you could be vastly different from someone else. However, some examples of injuries that may fall under this category include:

How much are psychiatric injury claims worth?

All aspects of how an injury has affected you are taken into account before a value is decided upon. All of the relevant factors can differ from person to person. For example, one person may only have been affected for a short period of time. Alternatively, they may have suffered lasting psychological damage.

The time it takes for compensation to be awarded may depend on whether the claim is settled in or out of court.

Information from the NHS on post traumatic stress disorder including treatment and causes.

An in-depth self-help guide to PTSD.