How long does it take for whiplash to heal completely? 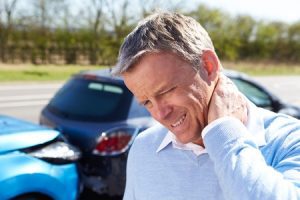 How Long Does Whiplash Last For?

Every person’s experience with a whiplash injury is completely unique and different from everybody else’s. It is impossible to make a general statement about how long a person’s whiplash symptoms may last or what the long term consequences are likely to be. It all depends on how the injury happened, the severity of the injury.

The time it takes for the whiplash injury to stabilise can also vary widely, from as little as a couple of weeks to as long as two years.

Whiplash is a type of injury that occurs in the neck when the ligaments, tendons, and other soft tissues are damaged by being suddenly pulled and stretched. It is similar in effect to a sprain injury that you might suffer in your wrist or your hand. It is caused when the head is suddenly thrown back and forth with considerable force.

Though car accidents are not the only cause of whiplash injuries, they are the most common ways in which whiplash occurs. Whiplash often occurs because a driver has been jerked forward in their seat by the force of an impact or by the momentum of coming to a sudden halt to avoid a collision.

The symptoms of whiplash injury may include one or more of the following:

Understanding The Short And Long Term Symptoms And Effects Of Whiplash

If you were in a very minor collision that happened at moderate speed, you are more likely to experience short term symptoms of whiplash. This may include stiffness and pain in the neck and upper back region, which may or may not be accompanied by a headache.

However, if you were in a more serious collision at high speed, there are higher chances that you may suffer from more severe stiffness and pain in the neck and upper back. This pain may is likely to be accompanied by difficulty moving the head and neck. In such cases, the initial symptoms of the injury are typically felt only about 12 hours after the accident and the full extent of the injury only gets known after a couple of days have passed. Along with the neck and upper back pain, you may also experience severe headaches and insomnia.

Depending on the nerve that was injured in the accident, you may also suffer vision related problems, which could be short or long term.

Making a claim for Whiplash Injuries

If you are suffering from whiplash injuries resulting from an accident that was due to no fault of yours, you may be entitled to claim whiplash compensation. The compensation that is due to you will depend on the nature and severity of the injuries as well as your actual expenses.

If your whiplash injuries are very mild and the symptoms resolve themselves within a couple of weeks following self-medication, you may not be eligible to claim compensation.

If your whiplash injuries are minor and heal within a period of about six months, you may be awarded personal injury compensation in the range of about £2,300 to £4,080. As we said earlier, the exact amount may vary depending on other factors, such as the severity of the injury and whether it was accompanied by other symptoms such as travel anxiety or headaches.

If your whiplash injuries are more serious, with symptoms that last more than twelve months, you may be awarded a higher personal injury compensation in the range of about £4,080 to £7,410. You can expect an award in the same range if you suffer from permanent but mild injuries.

The highest compensation is awarded to those who suffer disabling neck injuries that leave them permanently paralyzed. The compensation in this case is meant to cover their ongoing treatment as well as their inability to get back to work and earn a living. In such cases, the compensation may be as high as £139,210.

Roadblocks to getting the compensation due to you

If you intend to file a compensation claim one of the most important aspects is being able to show medical reports stating the extent of your condition. This may be more difficult than you imagine simply because health professionals themselves are not in agreement as to what is the best course of action to treat whiplash injury.

Some studies show that those who have suffered severe whiplash injuries have a better chance of a full recovery if they start the necessary therapy as soon as possible after the injury was sustained.

Manipulation and acupuncture are two of the most effective alternative treatments for treating whiplash. It’s absolutely crucial that these treatments are only administered by qualified practitioners.

Another problem that whiplash sufferers often encounter is the fact that they were injured in a low-speed crash. Although studies show that a person can suffer from whiplash injury if they were involved in a crash at low speed, insurers usually challenge these claims.

Should you seek treatment early for whiplash injuries or not?

Regardless of the compensation, your health should be your first and main priority after a road accident. If you experience any of the symptoms that indicate you may be suffering from whiplash, you must consult with a doctor as quickly as possible for a complete and thorough diagnosis and treatment plan. In the meanwhile, applying an ice pack to the injured area will help reduce the pain, prevent the injury from getting worse and reduce your recovery time.

Delayed manifestation of symptoms is common in whiplash injury. Some individuals are symptomatic immediately after the accident but begin to develop one or more of the symptoms within a few hours or even a few or several days after the incident. Once the symptoms manifest, they may last anywhere from a few days to a few months or even years

How long does whiplash treatment last?

The length of the treatment required for whiplash depends totally on the severity of the whiplash injuries. A study that compared the treatment times in several individuals over a period of 60 years, showed that the duration of treatment can vary widely, from as little as two months to as long as three years.