How To Claim Compensation Against Ireland Lorry / HGV Driver? – View Our Guide

Have you been involved in a road traffic accident involving a foreign registered commercial vehicle, such as an Irish lorry? If this is the case, we have created this guide for you. If you have been hit by an Irish lorry or any other foreign vehicle you should take the same steps as if you were hit by a UK registered vehicle. Any differences in how your claim is handled will be taken care of by the solicitor conducting your claim.

At Legal Expert we can help victims of accidents which involve foreign vehicles. Contact our team today to find out more about how we can help you. 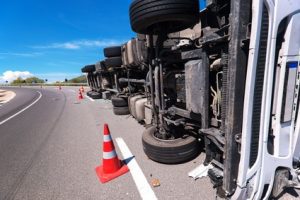 Hit by an Irish lorry

We have produced this guide for anyone who has been hit by an Irish lorry or other type of commercial vehicle. We have included comprehensive information on how to make a claim and what steps you may need to take after being involved in a road traffic accident involving a foreign vehicle to make a successful claim. We have also included examples of injuries that you might suffer, and how much compensation you could be awarded for them.

If after reading this guide you are ready to make your claim, please get in contact with our team.

How To Claim Compensation Against An Irish Lorry / HGV Driver

If you have been hit by an Irish lorry, wagon, or HGV your initial questions may be whether you can make a compensation claim and if so, how to go about doing it. The first thing to note is that as long as you were not at fault you should be able to make a claim. Your first steps should be to gather any evidence necessary to make a claim such as photos of the crash, medical reports, and the details of any witnesses. Your next step will be to reach out to a solicitors such as Legal Expert. We will be able to handle the claims process for you in a stress free way.

What Is An Irish HGV/Lorry?

These are any type of haulage vehicle such as an LGV (large goods vehicle), HGV (heavy goods vehicle), lorry, or truck, which is registered in Ireland. A common way to define them as such is by gross tonnage this includes any commercial vehicle which weighs over 3,500kg. These types of vehicles are categorised as such under EU laws and UK/ Irish law. Drivers are required to have specific driving qualifications and licenses to operate them.

The International Green Card System is a certificate recognised in 47 countries, including all members of the EU and the EEA, as well as Russia, Switzerland, and other countries which border the Mediterranean. The card is a certification of insurance which means that the vehicle (in this case an Irish wagon) has at least the minimum level of insurance required to be on the road in the UK. Each country is responsible for administering the system in their territory and issuing cards. In the UK the body responsible is the Motor Insurance Bureau, which delegates this to individual insurance providers. If you have been hit by an Irish lorry, this system means the vehicle should have (at least) the minimum level of insurance required.

What Should You Do If You Are Injured In A Road Traffic Accident With A Lorry Or HGV Registered In Ireland?

After being hit by an Irish lorry, there are several steps that you should take to help your claim go better. Firstly you should obtain as many details as possible about the driver of the Irish lorry, and their insurance provider. Also note down the vehicles registration number, and the name of the operating company. If there were any witnesses you should also ask for their contact details as well. If you are able to, take as many photographs of the scene of the accident and any injuries as possible. If you are unable to do so, ask someone else to take the pictures for you. If you were injured in a hit and run accident try to not down the vehicles registration number. You may later be able to make a claim through the Motor Insurance Bureau.

What Happens If We Can Not Confirm The Irish Vehicles Insurance Through The MIB?

Whilst in most instances of lorry collisions, the Motor Insurance Bureau should be able to confirm the vehicles insurance provider and policy, in some cases they will not be able to. In cases involving a hit and run, the other vehicle and driver may not have been identified. In these types of foreign vehicle road accident claims, you claim can be transferred over to the Motor Insurance Bureau. They can then make a payment from related funds.

If you have been hit by an Irish lorry, or any type of heavy goods vehicle, you could sustain a whiplash injury. Whiplash can happen in a vehicle accident where you are jerked around and where your head and neck are flung forwards and back. The impact from being hit by a lorry or other vehicle does not have to happen at a high speed for you to suffer whiplash, you just need to be jerked around due to the impact. You can be hit whilst stationary and still suffer whiplash. Whilst rear-end collisions are the most common cause of these injuries, they can happen in any type of HGV or lorry collision.

I Was Injured In A Collision With An HGV In Ireland, Am I Entitled To Compensation?

Being hit by an Irish lorry can happen whilst you are visiting the Republic of Ireland. As long as your accident, such as a lorry collision, was not your fault you could be able to make a compensation claim. As both the UK and Ireland are in the EU, it is easy to make a claim after being hit by an Irish driver or vehicle. This is thanks to the (4th) EU Motor Directive of 2003 which states that all vehicles in the EU be registered on one database. This makes it much easier to find details of the vehicle and the driver. In cases involving a road traffic accident in Ireland where the driver can not be traced, the Motor Insurance Bureau can settle compensation claims

How much compensation you could be awarded after being involved in a road traffic accident involving a foreign vehicle will depend on the injuries which you have suffered, and how serious they are. Aside from the amount of compensation you will get for your injuries (looked at in the table below), you can also claim compensation for expenses incurred as a result of your accident. Medical costs to home care or travel expenses, if you have had to pay out for things after your accident you can often claim for them.

In the table below we look at several different types of injury and levels of severity within which you could suffer as a result of an accident with a foreign vehicle.

Figures in the table above are taken from the Judicial College Guidelines and are current as of 2018.

No Win No Fee Foreign HGV And Lorry Accident Claims

Next to the injuries that you have suffered after being hit by an Irish lorry or a vehicle in Ireland, the cost of making a personal injury claim used to have a big effect on claimants. This is why the idea of the no win no fee claim was brought in. Legal fees paid upfront could be costly and if you do not win your claim you can feel as if you have waited money which you could not afford. With a no win no fee claim you do not have this problem. No win no fee means that you will not have to pay any fees, costs, or charges at the start of the claims process. You will also not need to pay anything during the claims process. Instead your personal injury solicitor will take on any costs or risks associated with the case. If you are successfully awarded compensation you will need to pay your solicitor, but can do so from your award. This type of claim is outlined through something called a conditional fee agreement. You can learn more about them in this guide.

Once you have made the choice to do so, making a compensation claim with Legal Expert is simple. The best way to start your claim for injuries caused by being hit by a Irish lorry is to contact us. You can do so by telephoning our team on 0800 073 8804. You can also request a call back from us either by using the button to do so on this page, or by sending us an email to info@legalexpert.co.uk. Whichever way you choose to get in contact with us, we are ready to help you make your personal injury claim.

HGV or Lorry Accident Claims
Find out how to make a claim for an accident involving a HGV or lorry registered in the UK in this guide.

Holiday Injury Claims In The Republic Or Ireland
Find out how to make a compensation claim for an accident (such as being hit hit by a Irish lorry) or injury which happened in the Republic of Ireland.