How Much Compensation Will I Get For A Assault Claim

In many cases, personal injury claims for compensation are filed due to accidents – like a car crash or a fall from a ladder. But sometimes the cause of the injury is intentional rather than accidental. Such is the case with assault. 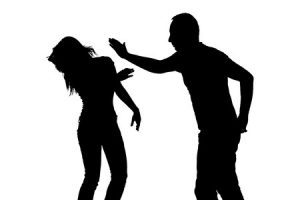 Unfortunately, assaults and unwarranted physical attacks occur all too frequently in the UK. There are thousands of criminal assaults in the UK every year. They can include unprovoked attacks by a stranger, assaults by a spouse or family member, sexual assault, assault in prison, threatening behaviour, aggravated assault, assault with a deadly weapon and so on. Broadly speaking, assault is defined as any form of physical attack or threat to harm another person.

Of course, the degree of harm or injury suffered by the victim varies immensely in the different cases that we deal with. Every case is unique. Sometimes the injuries suffered can be life-changing, with huge effects on physical health for years to come. In other cases, the effects are of a purely psychological nature, for example with bullying. Nevertheless, even mental trauma can be severely debilitating and the effects can continue for years after the actual assault events took place. Anyone who has been the victim of a bully can tell you this.

Many people fail to seek compensation following an assault and the reason is often trauma – for example, following a sexual assault or a violent mugging people often just want to forget about the traumatic event – the last thing that they want to do is to re-live it once more by explaining the details to a stranger. But we are trained professionals; we’re here to help you gain some closure to what you’ve been through by claiming the compensation money that is yours by right. We will support and guide you through every step of the process.

A Guide to Assault Compensation Claims

The purpose of this consultation is to establish the key facts about the assault in order to give you the best legal advice possible. Within a single consultation , we would aim to give you a clear indication or whether you have a valid compensation claim.

We understand that as a victim of assault, you are likely to be traumatised and that answering our questions may be a stressful event. We have a great deal of professional experience in dealing with assault victims and so we streamline our consultation process to minimise any stress. Once you have given us all of the information we need, we will advise you how to proceed. For most people, this means that we are likely to offer to represent them on a conditional fee basis, better known as No Win No Fee. Only if we are successful in our claim against the perpetrator you will be required to pay us part of the compensation sum awarded by the court.

One thing to note is that how much you may receive in the way of damages and how long your claim may take is hard to determine without all of the key facts, because every assault claim is different, depending on the circumstances. However, based on historical cases we can provide a guide to how much you might receive – see our Compensation for Assault Calculator for more details.

See how much you could claim for your injuries in a few minutes using our simple on-line calculator. To use our calculator, please visit our Personal Injury Compensation Calculator page. Don’t worry if you can’t find the exact injury listed you need to claim for as it’s likely the value of your claim may change once our legal team has the exact details of your assault and the injuries and losses you suffered as a result.

How to Claim Compensation After an Assault

We understand that starting the compensation claim process is never going to be an easy thing to do. Your solicitor is going to need the full details of what happened, and this conversation is likely to be stressful for any assault victim. So we do our utmost to keep the process as quick and stress-free as we can.

In order to make a successful claim you’re going to need help from expert legal professionals, and that’s where we excel. When you contact us we will arrange a meeting with our solicitor who is experienced in dealing with assault claims. The consultation will be entirely free, and without any obligation. The solicitor will be asking you questions and trying to determine the key facts about the assault you suffered.

How much you can claim in compensation for assault will always be driven by the unique circumstances of the incident. However, typically you will be able to claim for compensation for:

The amount you may be able to claim will also depend on the nature of the assault. Every case is, of course, unique, but broadly speaking, the more severe the injuries, and the higher degree of intent to cause harm by the perpetrator, the higher the amount of compensation paid. Generally speaking, there are 3 levels of assault under UK law depending upon the level of harm intended/caused, plus also sexual assault:

Can I Claim Compensation If No-One Has Been Caught or Convicted for The Assault?

In short, yes you can.

To be eligible to claim all that is required is that you were the victim of a crime through no fault of your own and that the assault caused injuries of some sort which have affected your life after the incident. Those injuries don’t necessarily have to be physical – for many victims and witnesses of violent assault it is the psychological effects that are most damaging, for example, a tendency to constantly play out the assault over and over again in your mind, difficulty sleeping, nightmares, and fear of leaving the house or of entering open spaces. Quite rightly, UK law recognises how severe these psychological after effects can be, how much they can affect your well-being and your ability to earn a living.

Can I Claim Compensation If I Was a Witness to an Assault?

Many innocent bystanders who witness a violent assault will suffer from some kind of trauma, sometimes immediately and sometimes long after the violent act itself. These effects can include anxiety, depression, fear of going out, fear of certain public places, nightmares, difficulty in sleeping, loss of appetite and so on.

Contrary to what we often read in the media, violent crime as a whole is lower than ever in the UK, but that in itself can mean that it’s all the more shocking when we are exposed to violence. Even if you were just a witness, the effects can be harrowing, and you can still claim compensation if we can show that you have suffered effects to your health and your ability to earn a living, and so on.

To receive compensation from CICA, the Criminal Injuries Compensation Authority, your injuries must be serious enough to merit the minimum pay out of £1000. The maximum compensation amount for the most serious types of injuries is £500,000. The CICA has a system of set tariffs for different types of injuries, which are used as a guideline to calculating the compensation to be paid, depending upon the individual circumstances of each case.

How Much Compensation Will I Get for Assault?

Published below is a table of typical compensation claim amount for various injuries that can be sustained as the result of an assault.

Criminal Injuries Compensation – How Long Does It Take?

Any kind of compensation claim can take a while to resolve. After all, it’s a legal dispute where the facts about each unique case must be established beyond a reasonable doubt before an assessment can be made as to the impacts on the victim’s life now and in the future. Only then can a financial settlement be awarded, according to the tariff system set by the compensation authority.

Usually, you can expect to wait between 6 months and, in the more complex cases, a few years for your case to be resolved and compensation paid. The key point is that if you have a strong case for compensation then we will help you to get it no matter how long it takes or how much legal work is involved.

What Type of Assault Can I Claim For?

In short, you can claim for any type of assault which has caused injury (either physical injuries or psychological ones). Below are some examples:

A No Win No Fee agreement, which is sometimes termed a Conditional Fee Agreement (CFA) is a payment system for making sure that people have access to the legal help and advice they need, whether they can actually afford to pay the legal fees.

For people without the kind of finances needed to may any claim for following an injury caused by a third party, it means that they don’t have to pay anything at all unless a successful claim for assault compensation has been made on their behalf.

The way this works is that the solicitor is effectively gambling on the fact they will win your case for compensation for you. If they do, they will then take the fee, which is set to a maximum of 25% of the total amount of compensation received.

Why Choose Us as Your Compensation Claim Service?

We believe that the victims of assault have a moral and legal right to seek compensation under the guidance of experienced lawyers. We understand that, as a victim of assault, you have already been through a harrowing experience that in many cases are life-changing. We have the expertise to help and advise you.

We operate a customer-focused legal practice. We always put you, the client, first. In the initial stages of our relationship that means a legal expert you can count on to offer you a first-class service; asking all the right questions, whilst helping to avoid more and more distress. As our case develops, it means a legal team who will use their considerable experience to bring your claim to a swift and satisfactory outcome for you, our customer.

During the process, we will always be just a phone call or an email away and we aim to answer any query you may have in a timely manner – again, it’s all part of our client-centred approach to our business. We will compile a legal case to ensure you receive the maximum possible compensation award, and with our No Win No Fee agreement you can be assured that you will not be charged a thing unless we win the case on your behalf. If we do win, we will never charge more than 25 percent of the compensation amount awarded.

Support For Victims of Assault

Most people are upset, angry and frightened after being the victim of an assault, but people often react in different ways. Some victims carry on with their life as usual for a little while and then experience some kind of breakdown several weeks or months after the traumatic event itself.

Many victims suffer from sleeplessness, agoraphobia (the fear of going outside the home) or other kinds of post-traumatic stress induced illnesses. How you are treated by friends, family and colleagues also play a big part. Some victims get a huge amount of support and sympathy; others are expected to ‘just get on with it’. Mostly, victims do get their lives back on track after a while, but occasionally long-term effects such as anxiety and depression can take hold.