This guide explores what you could do after a Cambridge Constabulary data breach. Whether you worked for the police and your personal data was involved in a breach or you were involved in another capacity and found that they had breached your data privacy, this guide could help you.

In this guide, we explain what can constitute a valid data breach claim and what harm could lead to compensation. The harm you may have suffered could be financial, such as if someone steals money for you. Alternatively, it could be emotional damage that you suffer. This could include distress, stress, anxiety and loss of sleep. 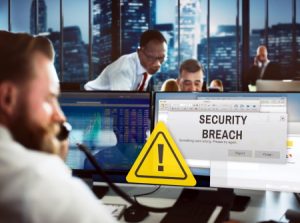 We explain all you may need to know about claiming compensation for a breach of data protection under the UK GDPR. We answer common questions such as:

Data breach lawyers could help you seek the maximum data breach compensation possible for your claim. To find out if you could have a claim for police data loss, or other police officer breaches of the Data Protection Act, please take a look at the guide below. If you have evidence of a valid claim, you can call our expert team. You can reach us on 0800 073 8804.

What Is A Cambridge Constabulary Data Breach?

Whether you have provided personal data to the police because you’re a victim of crime, you work for them or you’re involved with them in another capacity, they have a duty to protect your data. The laws they must adhere to include the UK General Data Protection Regulation and the Data Protection Act 2018.

Before we talk about the types of data breach that could happen, and how a police breach of data protection law could lead to compensation, we should explain what is considered a data breach.

As per the Information Commissioner’s Office (ICO), a personal data breach could occur because of a mistake or deliberately. The ICO is an independent body that enforces data protection legislation in the UK.

A personal data breach is a security incident leading to the loss, destruction, disclosure, alteration of or access to personal information. This could include:

However, it’s important to note that not every data breach leads to compensation. The party that was supposed to protect your personal data (in this case, the police) must have shown positive wrongful conduct that caused the data breach.

For example, they may not have provided online security or they may have given staff who process personal data poor data protection training. This could lead to a data breach.

How Could The Constabulary Have Breached Data Protection Laws?

Causes of a breach of data protection could include:

No matter what reason you are considering claiming data breach compensation, we would be happy to assess your claim for free. We could ascertain whether you could be eligible for compensation for a data breach under the UK GDPR. If you have proof of a valid claim, we could then connect you with a data breach lawyer who could take on your claim under a No Win No Fee agreement.

If you are wondering whether Cambridge Constabulary data breach has happened before, we do not have a record of there having been one reported.

However, we can inform you that, as per the ICO’s second quarter of 2021/22 statistics, in the justice sector, there were a number of reported breaches. In fact, The ICO reports 40 such breaches in this period. It may surprise you to learn that only 2 of these incidents were cyber-related, which means 38 were not related to cyber incidents.

What Steps Could I Take Following A Data Breach?

When it comes to reporting a data breach to the police, you could advise them of what you believe has happened and ask them to investigate. They should respond to you satisfactorily within 3 months. If they don’t do this, you could escalate your concerns to the ICO. However, you’d need to do so within 3 months of the police’s final response to you.

It may surprise you to know that you would not have had to report a data breach to the ICO to claim compensation. If you have a justifiable and valid claim, a data breach solicitor could help you make a No Win No Fee claim.

The amount of compensation for a personal data breach could be based on the damage you’ve suffered. This could include non-material and material damages.

We have created a table to give you a rough guide on potential non-material payout amounts, with figures from the Judicial College Guidelines (JCG). This is a publication that solicitors and courts could use when valuing injuries. It could help them to hone in on compensation values for such data breach claims. You could also use our compensation calculator page.

If you can’t see your injuries in the compensation table above, why not get in touch? Our advisors can value your claim for free.

If you’re able to claim for a personal data breach, you might wish to retain the services of a data breach lawyer. If you’ve heard of making a No Win No Fee claim but aren’t sure how to do so, we’d be happy to advise you.

When you start a No Win No Fee claim, you would need to sign a Conditional Fee Agreement, also known as a No Win No Fee agreement. This would give you details of the success fee you would pay your data breach solicitor out of your settlement amount. It is a small percentage of the data breach compensation payout. However, you’d only pay it if your claim brings you compensation.

If your claim loses, you don’t have to pay your solicitor’s fee at all.

Before a lawyer could help you fight for a breach of data protection compensation, they’d need to assess your case. They’d do so to see how strong a case you could have. This could involve checking:

Would you like our expert team to assess your case to see if you could make a claim on a No Win No Fee basis? If so, we’d be happy to help you. Our solicitors have brilliant reviews and we believe we could make a difference when it comes to making a claim.

Get Advice On Dealing With A Cambridge Constabulary Data Breach

Hopefully, we’ve now provided you with sufficient information to know whether you could claim for a data breach. Do you have evidence of a valid claim, or do you have further questions about data breach claims? Either way, you can get in contact with our team in a number of different ways:

Actions Taken By The ICO – You can read about the actions that the ICO has taken against organisations here.

National Cyber Security Centre – Here, you can find a range of guides relating to cyber security.

Employer Data Breach – You could claim GDPR breach compensation for a breach by your employer. Read here for guidance.

We hope this guide on what steps you could take following a Cambridge Constabulary data breach has been helpful. Why not contact us if you need anything more?