In this guide, we explore what steps you could take following a British Transport Police (BTP) data breach. Whether you were an employee of the BTP, or you’re looking into data breach claims because footage of an arrest you were involved in was used in a training video without your knowledge, this guide could help. In it, we explain how a police breach of data protection law could affect not only police officers and criminals, we also explain how it could affect victims of crime or members of the public. 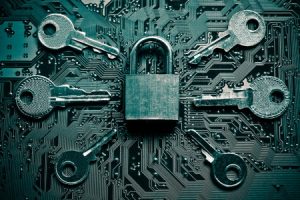 In the sections that follow, you will find answers to questions such as:

We also explain how a data breach lawyer could help you with a No Win No Fee claim if you’re harmed by a personal data breach. We hope you find this guide on what you could do after a British Transport Police data breach useful. If you have the evidence necessary to begin a valid claim and would like a data breach lawyer to help you, please call our advisors. You can reach us on 0800 073 8804.

Data controllers are organisations that decide how and why your personal information will be used. They can be, for example, employers or authorities that provide a service. Data controllers have certain legal responsibilities under the UK General Data Protection Regulation. This sits alongside the Data Protection Act 2018 as data protection legislation.

Under this legislation, those who suffer due to data breaches could be eligible for data breach compensation. However, they’d need to be able to show that:

Positive wrongful conduct could be an organisation’s failure to ensure that online security systems are in place to prevent cybercriminals from accessing personal data. It may be that an organisation failed to train employees in data protection where needed.

The harm you suffer could be financial, or it could relate to the emotional effects of a breach. These could include injuries such as PTSD, anxiety and loss of sleep.

What is considered a data breach?

The Information Commissioner’s Office (ICO) is an independent authority that enforces data protection legislation. It describes a personal data breach as a security incident that (in regards to personal data) leads to its unlawful or unauthorised:

It could be important to understand that a data breach could happen accidentally, or due to malicious means such as a website hack, for example.

You would need to be able to prove wrongdoing on the part of the organisation or authority to make a claim for the harm you suffered because of a breach.

We should also mention that, whilst there may always be a cybersecurity threat towards certain organisations in the UK, many data breach claims result from human error. We explain some of the examples of how human error could cause a British Transport Police data breach in the next section.

How Could A Police Force Breach Data Protection Rules?

As we have mentioned, a website hack or a cybersecurity threat could lead to a breach of data protection. However, there are a number of ways police officer breaches of the Data Protection Act could happen that could be down to human error. These could include:

If you have suffered harm due to a personal data breach, you would need to prove that you have suffered emotional or financial harm because of it. That way, you could claim for material or non-material damages with data breach claims. We explain these damages later in the guide.

If you’re interested in statistics relating to justice sector data breaches, we can give you some information. According to the ICO’s second quarter of 2021/22 statistics, there were a total of 40 breach incidents reported to the Informational Commissioner’s Office in the sector. 2 of these were cyber-related. The remaining 38 were related to non-cyber security incidents.

What Steps Should I Take If Impacted By A Data Breach?

If a personal data breach risks the rights and freedoms of the people whose personal data was involved, the organisation should inform them. However, you may find out about a data breach yourself, and wish to make a complaint.

When it comes to reporting a data breach to the police, you could contact them, explain what has happened and that you’d like them to investigate and respond.

If you don’t receive a satisfactory response within three months of your complaint, you could take further action. You could report the data breach to the ICO.

You might be surprised to learn that you don’t have to report a breach to the ICO to make data breach claims. If you have proof that justifies a claim, you could use the services of a data breach lawyer to make a No Win No Fee claim.

Would you like to know how much compensation could be possible for a personal data breach? When you claim compensation for a data breach under the UK GDPR, you could be eligible to claim for both material and non-material damages.

If you’re wondering how much compensation could be achievable for psychological injuries due to a data breach, you may be looking for a compensation calculator to help you. Why not use ours?

Alternatively, below, we have put together a compensation table using figures from the Judicial College Guidelines (JCG). This is a publication that solicitors use when valuing injuries. The table could give you some insight into average compensation payouts.

If you’re unsure as to what you could claim, why not reach out to our advisors? They’re available 24/7 and give free legal advice with no obligation for you to proceed with our services.

Claim With A No Win No Fee Data Protection Breach Solicitor

If you would like to make a No Win No Fee claim for a personal data breach, you would not have to pay your solicitor’s fee upfront. Under a Conditional Fee Agreement (otherwise known as a No Win No Fee agreement), a data breach solicitor would only take payment of the success fee once your compensation comes through.

However, if the claim loses, you wouldn’t have to pay the solicitor’s fee at all.

Before your lawyer could help you seek compensation for a data breach under the UK GDPR on a No Win No Fee basis, they would have to assess your chance of success. They would need to ascertain:

To find out whether a data breach lawyer could take on your claim under a No Win No Fee agreement, why not get in touch? If you have evidence of a valid claim, we’d be happy to talk with you.

Get Advice On Dealing With A British Transport Police Data Breach

Hopefully, we have given you useful information on police officer breaches of the Data Protection Act. We have also guided you on what you could do about them. If you have a justifiable claim for compensation for a data breach, we could give you further advice and support over the phone.

We could connect you with a data breach solicitor with great reviews to fight your case on a No Win No Fee basis. Please contact our friendly team via any of the following methods:

Report Data Breaches – Learn about how to report a breach here.

ICO – Report A Breach – Here, you can learn about reporting a data breach.

We hope this article on what you could do after a British Transport Police data breach has been helpful. If you’d like to get in touch, our advisors are available 24/7.