In this case study, we take a look at the situation which lead to a teenager being awarded a total of £9 million in compensation for brain damage.

The claimant was a teenager who was cycling along a road close to his home, he was doing nothing wrong when a car, travelling in the wrong direction at speed crossed his path. Unable to stop in time, the victim hit the car and was thrown from his bicycle. 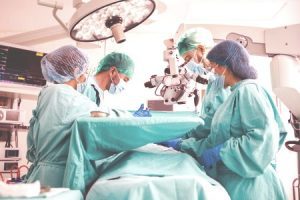 The victim was not wearing protective clothing when the accident happened, this included the lack of a safety helmet. However, it is important to note that wearing a safety helmet whilst cycling is not a legal requirement in the UK.

As a direct result of the injuries he sustained in this cycle crash, the victim suffered a traumatic brain injury. He had to undergo a long period of brain damage recovery to begin functioning again. He was awarded a total of £9 million in compensation for the injury itself, and the effect it had on his quality of life and future employment prospects. This included both an lump sum payment and ongoing annual payments for care.

Unfortunately, cycling accidents are fairly common in the UK. Not as common as other road traffic accidents, but still frequent enough to be measurable.

The Royal Society for the Prevention of Accidents gives plenty of solid advice on how cyclists can minimise the risk of injury, and this includes wearing clothing that is both protective and highly visible.

This is a serious, life-changing injury. So much so, that in some cases the brain damage symptoms can include factors such as the personality of the victim can change entirely. Not to be confused with a less severe injury such as post-concussion syndrome from which a person recovers fully from, this kind of (traumatic) brain injury involves permanent damage to the brain. This can not be cured by medical treatment.

In this case, when it was expected that the victim had suffered brain damage NHS treatment was given. Unfortunately, despite this traumatic brain injury treatment the victim suffered long-term problems requiring a high degree of care.

The Allegation and Settlement

The victim was proven to have suffered a traumatic brain injury. This injury left him with permanent physical damage as well as the inability to carry out many tasks for himself.  It was alleged that the driver who was both speeding and driving in the wrong direction, hitting the cyclist was to blame. The driver was also alleged to have left the scene of the accident straight away. When he was located, the driver initially claimed that he had only been a passenger in the vehicle. At a later stage, the driver did admit that he had both been driving, and that he had done so whilst neither being insured, nor having a valid license – the driver had previously been disqualified.

When the victim decided to make a personal injury claim, the defendant could not be located. As a result, solicitors acting on behalf of the claimant brought the claim to the Motor Insurance Bureau.  This claim took a total of five years to successfully conduct. The result of the claim was that the Motor Insurance Bureau settled on the basis of the driver having been 70% liable for the accident and injuries suffered. The claimant was awarded £2.6 million  an immediate lump sum payment. This was to be followed by annual payments of £120,000.

In this specific case, the teenage victim would not be able to work or support themselves in the future. This meant that they would not be able to earn their own income. However, by using a firm of No Win No Fee solicitors they did not need to find any funds to a) begin their compensation claim and b) cover ongoing legal fees as the claim was processed.

This is the great thing about finding a legal firm that is willing to work under a No Win No Fee agreement. It costs you nothing to begin making a compensation claim, and you don’t pay anything at all unless the legal firm wins some compensation for you. It is only once your case is won that you pay the solicitors fees.

If you have been the victim of an accident which has left you with brain damage, we might be able to help you claim compensation. Traumatic brain injury symptoms are serious, and it is unlikely you will be able to work whilst you are in recovery. You would likely wish to claim compensation for both the injury itself and the loss of earnings, we can help with both. All you need to do is to give us a call on 0800 073 8804. Whilst we have you on the telephone we will take all of the details of your injury and the circumstances which caused them. Once we know all of this information, will give you some advice on what to do next. In most cases, we offer to take on the case under a Conditional Fee Agreement (CFA) meaning you have nothing to pay unless we win compensation for you.

ROSPA
Royal Society for the Prevention of Accidents advice on safe cycling.