Helicopter Accident Claims Guide – How Much Compensation Can I Claim For A Helicopter Personal Injury? 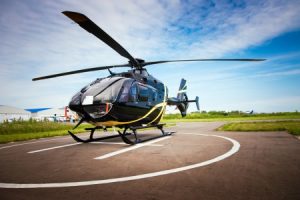 At Legal Expert, we can help you to make a helicopter accident injury claim for injuries suffered by yourself, or on behalf of a family member who was seriously injured or who suffered a fatal injury. We have both experience and expertise in processing claims for helicopter accidents, as well as a host of other aviation accidents. We are able to work through your claim, analysing who the accident claim should be brought against, whether the pilot, a maintenance company, helicopter operator, or another party. Our team can also help you to make a claim for a helicopter accident which has happened in either a civilian or a military setting.

If you have experienced an accident in a helicopter or been involved in a helicopter crash read our guide below and find out how to make an aviation accident claim within the appropriate personal injury claims time limit. At the bottom of this guide, we have included details of how to contact our team and start your claim.

In this guide to helicopter accident injury claims we will look at the causes of helicopter accidents, the type and nature of injuries which can happen as a result of an aviation accident, such as one in a helicopter, the steps you need to take to make a personal injury claim, and how much you could claim compensation for. At the end of this guide, we have also included details of how to get in touch with our team as well as where you can find further information.

The impact of a helicopter crash can extend from just the victims of the accident itself to their friends and families too. This impact on victims and their families can not be overestimated. Whilst we understand that no amount of compensation can make up for your injuries, the trauma you have experienced and your losses, we do know that getting a compensation payout can help you to cope with the effects of your accident and injuries suffered.

When making any personal injury claim in the UK you need to make your claim within a three year period. After this, the claim is time-barred and you can not start a claim. The time from which the three-year limits starts is variable. It could be from the moment an accident happened, or if an injury or its effects do not become apparent till much later, this can be the starting point for the three-year limit. If your accident happened overseas there are circumstances in which the time limit may be much shorter. As such, you should always contact a solicitor to start your claim as soon as possible,

What Is A Helicopter Accident?

Some of the most common questions which people often ask around flying in helicopters are around how safe helicopters really are. Helicopter accident statistics show that in the UK flying in a helicopter is, in fact, a very safe form of transport.

As with any form of transport, there are many things which can go wrong with a helicopter and many different causes. If you have been injured in a helicopter crash we will need to find out how your accident was caused. The more you know about the circumstances of your accident, the better your claim could progress.

Some of the most common causes of helicopter accidents:

Whilst it can be difficult to determine the cause of your accident in a helicopter, we will work with all relevant parties and organisations to ascertain the cause of the accident which caused your injuries.

Due to the severity of the crashes and accidents, the size, speed and weight of a helicopter, and the heights that they may be flying at in an accident situation, helicopter accident injury claims will generally be made for more serious and severe forms of injury.

Examples of common helicopter accident injuries can include (but are not limited to) these types of serious injuries.

Remember whilst it is less common, injuries in survivors of a helicopter crashes can also be less serious or severe forms of injury than those listed above, such as cuts, lacerations, less severe burns and simple fractures. If you have had a serious injury as a result of a helicopter accident, find out more about the nature of them and how much you could claim in this guide to serious injury claims.

Can I Claim Compensation For A Helicopter Crash In The Armed Forces?

According to The Crown Proceeding (Armed Forces) Act, 1987, members of the UK’s armed forces are able to claim compensation. To do so, military personnel need to be able to clearly show that the Ministry of Defence have failed in their duty of care to provide you with and make sure that you have a safe and healthy working environment which is free from harm. Accidents in vehicles can result from a lack of maintenance, or poor training either in the operation of the vehicle or the way it is maintained.

You can find out more about making a helicopter crash claim against the Ministry of Defence in this armed forces injury claim guide.

Can I Claim Compensation For A Helicopter Accident Abroad?

Helicopter accidents, as with any aviation accident, can leave you in a great deal of pain and suffering. These type of accidents will almost always end your holiday and result in a hospital stay. If this has happened to you, our team of aviation and holiday accident personal injury lawyers are on hand to help you claim compensation.

How Are Helicopter Crash Claims Investigated?

Helicopter crashes can be very complex and complicated things to investigate. There can be multiple parties involved in or who could be responsible for a helicopter crash. What can complicate the investigation of these types of cases is that a helicopter does not have a ‘black box’ or flight data recorder. As such, it can be difficult to fully assess what exactly caused an accident or crash. However, our experienced team can help to investigate what happened to you, working with the Air Accident Investigation Branch and the Civil Aviation Authority.

Investigations into helicopter crashes can often take some time, however, this is necessary to collect the evidence to prove liability for the accident. Some of the steps which your solicitor or lawyer might take include visiting the site of the accident to take photographic evidence, collect reports from emergency responders as well as the AAIB and CAA, collect copies of your medical report, obtain statements from any witnesses, research the helicopter you were flying in, obtain weather reports, and even seek advice from aviation and helicopter experts.

To illustrate the role which a personal injury solicitor can play in helping people to secure a settlement for injuries sustained in a helicopter accident, we will look at this example of a very high profile and prominent case which took place in the UK.

In this case, a Eurocopter EC225 Super Puma helicopter which was operated by a company called CHC was flying from Aberdeen International Airport to a drilling rig called ‘West Phoenix’. The helicopter had to make a controlled ditch into the North Sea 32 miles south of Shetland island. This was due to a malfunction with the lubrication system of the gearbox. The helicopter was carrying a total of 2 crew members and 17 passengers. All aboard the helicopter were subsequently rescued. This accident was similar to one which had happened in 2012 where another EC225 which also had to ditch into the North Sea with a similar fault.

Both accidents were investigated by the Air Accident Investigation Bureau at the same time. Their final report showed that the two helicopters had a failure of the oil pressure in the main rotors gearbox. Whilst the emergency system was working, the warning system had wrongly displayed that it was not. As a result, aircrews decided to make a controlled emergency landing into the sea. Airbus, the manufacturer of the helicopter, took sole responsibility for the accidents and personal injury claims were successfully made against them for this.

What Can My Helicopter Accident Personal Injury Claim Include?

There are a lot of different things which you can include in any personal injury claim, such as helicopter crash injury claims. There are two general categories of damages which your claim will be made up of. The first is general damages. This is for your actual injury itself. We will look in some detail in the following section how much these settlements can be for different injuries. The second type of damages is special damages. This second type compensates you for other costs and damages. Special damages will take the following costs and expenses into consideration, lost income (including benefits or earnings), loss of pension contributions, travel expenses – going to or from medical examinations, necessary modifications to your home or vehicle, medical and care costs. You may also be able to secure you interim payments to help with immediate costs and expenses whilst your claim is being processed.

This first thing we should note before we look at our helicopter accident personal injury claims calculator is that we can not provide you with an exact amount of how much compensation you will be able to claim for your injuries. This is because each and every person who has had an accident in a helicopter will have a slightly different injury and slightly different level of seriousness of that injury.

To help you see how much different types of injury could be worth, we have included our compensation table below. In this, we have included general information on different parts of the body which can be injured, and how much you could claim, depending on the severity of your injury.

If you were injured in a helicopter crash which was not your fault, our no win no fee solicitors can help you to claim any compensation which you might be entitled to claim. Our solicitors will work with you to work out how much you could be able to claim and to build your case. If you are able to seek damages, we will offer you a no win no fee agreement through which we can make your claim.

Why Make A Helicopter Crash Personal Injury Claim With Our Team?

Our team of personal injury solicitors are experienced in making a variety of different aviation accident or crash claims. In the event of a helicopter accident, determining who to make a claim against can be difficult. The accident could have been caused by the operator of the helicopter, a manufacturer, or the manufacturer of a part. It could also have been caused by the pilot or the company which has serviced the helicopter. This means your claim may be against a company in the UK, or abroad. Our team has helped numerous people to make a helicopter crash injury claim and can advise you too.

Our expert team are here to take your call, reply to your email, or help you through our live support feature from 8 am – 8 pm seven days a week.

Whichever way you choose to get in touch with our team, we are here to help.

Airport Accident Claims
Your helicopter accident could have happened whilst you are at an airport and due to the negligence of the airport. Find out how to claim damages in this guide.

HSE Health And Safety In The Armed Forces
A guide to the requirements for health and safety in the UK’s armed forces, including flight safety.

Civil Aviation Authority – Helicopter Safety Risks
Information from the CAA to help with the mitigation of safety risks for helicopters and helicopter accidents.