Not reported or no record in the accident book – Can you still claim?

No Report Or Record In The Accident Book – Can You Still Claim? 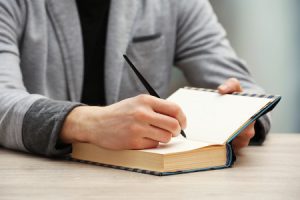 All workplaces or public premises, the employer or occupier of the premises has a duty to log the incedent in the accident book or record it. All work places are expected to have an accident book, which is usually kept in the Human Resources office or in the Department Head’s office. This book is used to keep a written record of any accident that occurs in the workplace. Keeping a record of workplace accidents makes it easier to manage health and safety issues at work and also serves as crucial evidence if an employee decides to go ahead and exercise their right to file an accident-at-work-claim.

According to UK Health and Safety Law, all employers, heads of staff or any other authority in charge, are required to maintain written records of all dangerous incidents and occurrences including diseases and injuries that originated in the workplace. The preferred form of keeping records should be in compliance with the requirements laid out by the Data Protection Act but any other form of record keeping would also be acceptable by the Courts.

Under the Reporting of Injuries, Diseases and Dangerous Occurrences Regulations 2013 or RIDDOR, it is a legal requirement to maintain a written record if an employee is forced to be away from work for more than 7 consecutive days because of an accident

Online Video Should I Tell My Boss About The Work Accident?

Understanding the importance of an accident book record

Filing false claims is not uncommon. In order to settle a claim the court has to first determine whether or not the claim is genuine and whether the claimant is entitled to be compensated. The key to doing this lies in being able to prove the time, place and manner in which the accident happened. A written record does all of this.

A written record is should include the following details:

All of the above information serves to verify not just that the accident occurred but also how it occurred, which in turn helps determine negligence and liability.

Procedure for filling out an accident book report

If an accident occurs in the workplace, it should be recorded in the accident book report immediately. If that is not possible for whatever reason, it should be filled out at the first available opportunity.

The injured party should be shown the report so they can confirm that all details are correctly recorded.

All workplace injury claims must be filed within three years of the date of the accident. In keeping with this three year limitation, all records must be maintained for at least three years so if the injured party decides to pursue a claim at a later date (before the three year limit), they can still access the details and use it as evidence for any accident claims that might be filed.

What happens if no record is kept in the accident book?

This happens quite often for several different reasons. It could be because the injuries were so severe they needed emergency treatment and the report was sidelined and eventually forgotten. Or it could be that it was deliberately omitted in order to try and deny liability.

Regardless of the reason, not having an accident report on record should not and does not affect the success of the case or the amount awarded. The injured party can still go ahead and file a claim for compensation based on other evidence such as medical reports, photographs of the injuries and the hazard that caused the accident, witness statements and CCTV footage. Having an accident report just makes it that much easier.