Harassment At Work Compensation How Much Can I Claim? JY update January 2021

Update January 2021Harassment is common. In many cases, people who are attacked in this way often don’t even see it as something they can claim compensation for. They see it simply as one of those things that just happens. This couldn’t be further from the truth, especially in bullying at work cases. 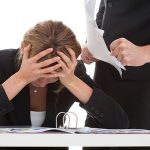 It is highly likely that a person can claim compensation for workplace bullying. Indeed, bullying compensation payouts are available for all forms of harassment, not just those that happen at work.

A Guide to Compensation Claims for Bullying

Within this guide, you will find information on how bullying takes place and some of the common types of bullying that are often the basis for a compensation claim. You will also find the legal classifications of the types of bullying and harassment that can be claimed for.

The guide will help you learn what to do if you have been bullied, and how to start making a compensation claim. It will then look at the things that compensation can be claimed for, and list some potential amounts of compensation you might receive. Finally, it will make a case for using a solicitor that will work under a No Win No Fee agreement to pursue your claim for bullying compensation.

Types of Bullying That Can Be Claimed For

Although the actual term “bullying” is not recognised in a legal sense, it can be deemed to encapsulate many of the forms of definable harassment that are laid out in the 2010 Eqaulity Act. Good examples of the types of harassment that many people would label as bullying are:

These are just a few of the ways that harassment and bullying can occur. There are many more. It is also useful to understand that bullying doesn’t have to occur in a direct form of interaction, it can be carried out as:

As we can see, the combination of the many faces of bullying, and the actual ways that harassment can happen means that there are an almost limitless of possible ways for a person to have a valid reason to claim for compensation for bullying. So, let’s take a look at what the law says about harassment, what are some valid reasons for making a compensation claim for bullying?

These are the basic boxes which harassment and bullying fall into from a legal viewpoint. And of course, individual compensation claims for bullying could comprise of multiple different types of harassment.

Cases of Bullying Are on the Rise

Bullying and harassment are ever more common. This is due to the way that technology has now made communication simpler and more immediate than ever before. In the past, most compensation cases for bullying were as a result of face to face harassment. Now, the shift is towards online bullying. Below are some interesting statistics taken from research into bullying in the year 2015.

The long term physical damage caused by bullying is very real. 44% of people who have been bullied suffer from depression, 41% from social anxiety, and a staggering 33% of them will have had suicidal thoughts at some stage, as a direct result of the harassment they have suffered.

What Can I Claim When I Have Been Bullied?

Below you will find some of the types of compensation you can seek to claim due to bullying or harassment. Note that this section does not include general damages, such as injury, pain and physical suffering. Any form of harassment that has resulted in a physical injury will be pursued as an assault case, not a bullying case.

These are the basic types of compensation that can be claimed due to harassment or bullying. However, this is not an exhaustive list. You will need to take professional legal advice to discover if there are further types of compensation you may be able to claim because you have been bullied.

This makes pursuing a claim for compensation following bullying or harassment a complex and ling winded procedure. This means that ongoing legal costs will likely be quite high. For some people with very limited financial resources, this would mean they could not pursue their compensation claim.

No Win No Fee agreements can solve this problem. A solicitor will take on the bullying compensation case, and will not charge a fee unless the claim is successful. If the solicitor fails to win the case, then the client pays nothing. The solicitor’s fees are fixed at a maximum of 25% under a No Win No Fee agreement, meaning that the client always receives at least 65% of the amount of compensation for bullying that they have been awarded.

For What Reason Can I Claim Compensation If I Have Been Bullied at Work?

Claiming for compensation following harassment and bullying due to work is complicated. In many cases, the employer will not be liable to actually pay compensation. There are a number of guidelines that work-related bullying, with the employer being the responsible party, need to fit into and these include:

The bullying or harassment has to have taken place as a direct consequence of the job. If a person is bullied by a person they met through their job, but outside of the work role, then this is not a valid case for claiming bullying compensation from the employer.

The actual bullying or harassment that occurred, was unavoidable due to being directly linked to the work being undertaken.

It is believed that the bullying or harassment which took place could cause a long-term mental health problem, or the victim has already suffered some form of mental trauma due to the bullying at work.

Seeking compensation bullying or harassment can be difficult. Bullying can often start off seemingly harmless, with teasing and “banter” before slowly escalating into worse behaviour. If the process began a long time ago then your memory of all the incidents may fade. Bullying is often hard to prove as the behaviour is not often the type that can be kept on record.

You can start by making a written record of all the incidents you can remember, with as much detail about the incidents and when and where they took place as you can. Be sure to keep recording things as they occur if the harassment is an ongoing issue.

If you have texts or emails of an abusive or harassing nature, save copies and screenshots of them, if there were any witnesses to the behaviour, approach them and ask if they are willing to testify in your favour to support your accounts.

Beginning a claim stats with seeking a free consultation with a legal advisor, get in touch with us if you think you could have an actionable complaint of bullying and you want to know what to do next.

How to Make a Bullying Compensation Claim 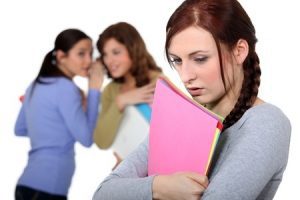 Bullying at the workplace

If you have followed the advice given in the section above, then you are likely ready to begin making your claim for some form of bullying compensation payouts. If this is the case, you should contact a firm of solicitors, such as those we deal with.

Many people want to know when it comes to compensation for bullying at work how much can they claim? The answer to this is far from clear cut. They could use a harassment compensation calculator to get some indication of how much they will receive, but this will only be a rough estimate. Below we have published some of the more common types of compensation that are awarded due to a bullying or harassment claim, and how much they have paid out.

It is important to note that this is not a complete list if the types of compensation that could be received due to a claim for bullying or harassment. They are merely some general guidelines. You will need to speak to a legal firm to find out more detailed information on the type of compensation you can claim, based on your unique case, and how much you might receive.

Why Choose Us as Your Claim Service?

If you have been the victim of bullying or harassment, we understand that you might feel embarrassed or self-conscious about speaking about it. This is simply part of being human. Rest assured that we treat each of our customers with the respect they deserve, and the sensitivity their compensation case requires.

We will always offer you a completely free consultancy session, at the end of which we will let you know if your compensation claim for bullying is viable. We won’t waste your time making promises we can’t keep, and we will always have your best interest at heart.

In just about every case, we will be willing to take on the claim under a Conditional Fee Agreement (CFA). This means you won’t have anything to pay unless we successfully claim compensation for bullying or harassment on your behalf. You can always trust us to give you the best advice possible at all times, and we pledge to attempt to get you the maximum amount of compensation that we possibly can.

Have you been a long-suffering victim of harassment or bullying? This could have been at work, at college, or in your general day to day life dealing with private individuals such as your neighbours. If you have, then you really should contact us to discuss the possibility that you may be able to claim compensation for this bullying.

We can help with every aspect of your bullying or harassment compensation claim in an expert manner. We deal with hundreds of such cases each and every year. When you come to us, you are assured of a top-quality, highly professional service that will get you the most amount of compensation possible.

And the good news is, that we will take on most claims under a No Win No Fee agreement. You don’t pay a thing unless we win your case for you. And if we do, we will never take more than 25% of the total compensation pay-out as a fee. You will always receive at least 75%. So, what have you got to lose? Contact us today and find out if you have a valid compensation claim case for bullying or harassment.